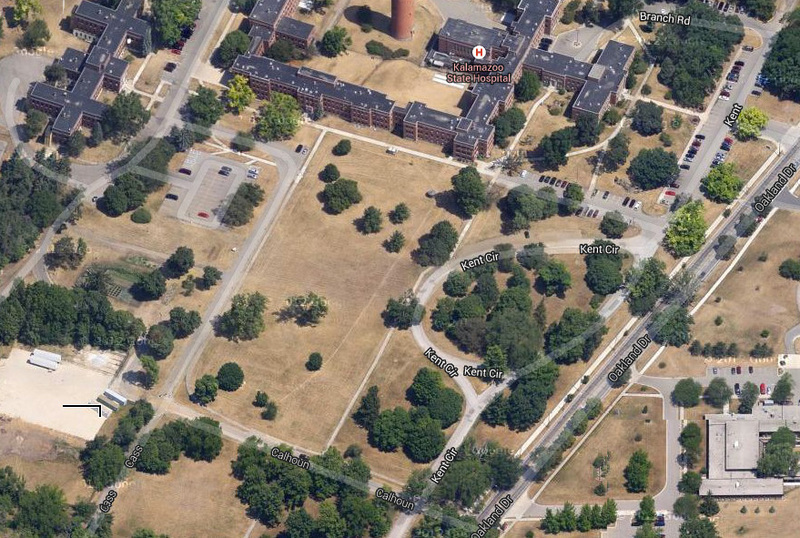 Looking west from beyond the baseball field on the other side of Oakland Drive, after 1896. 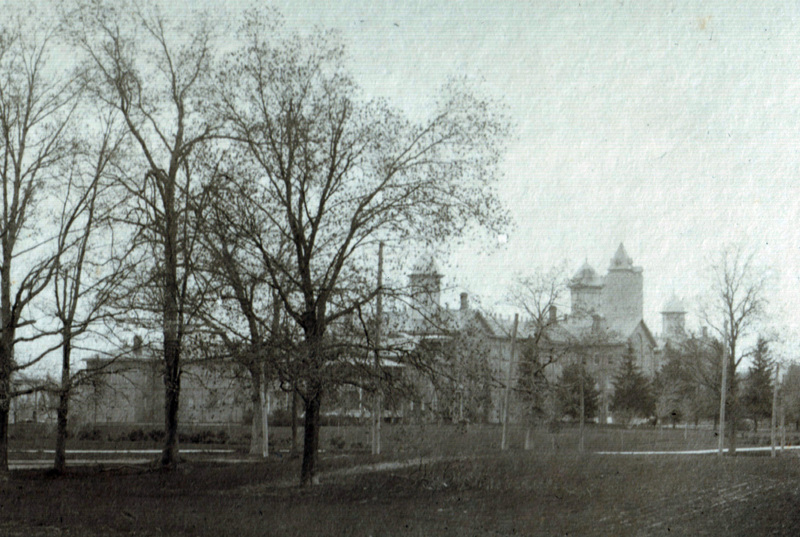 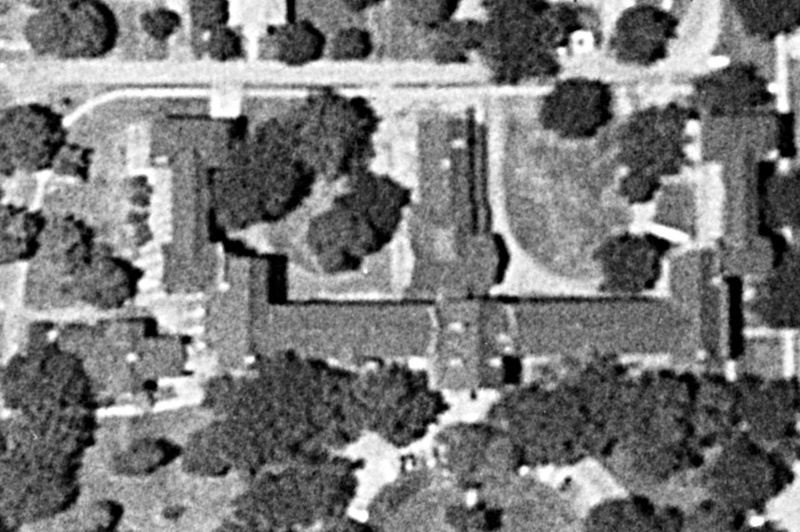 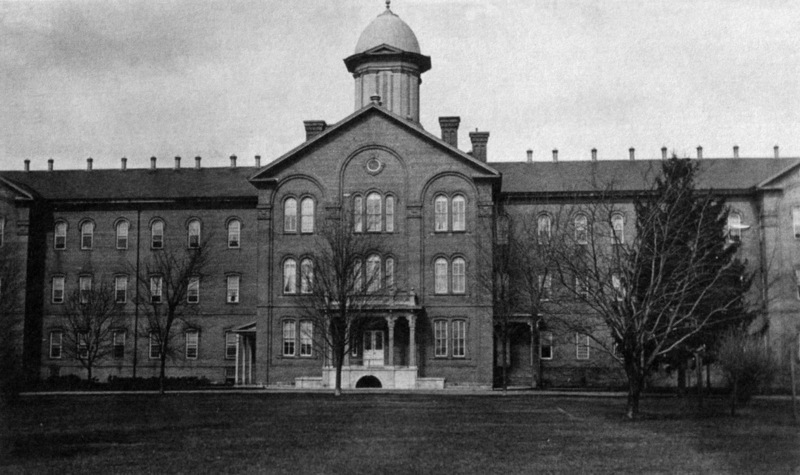 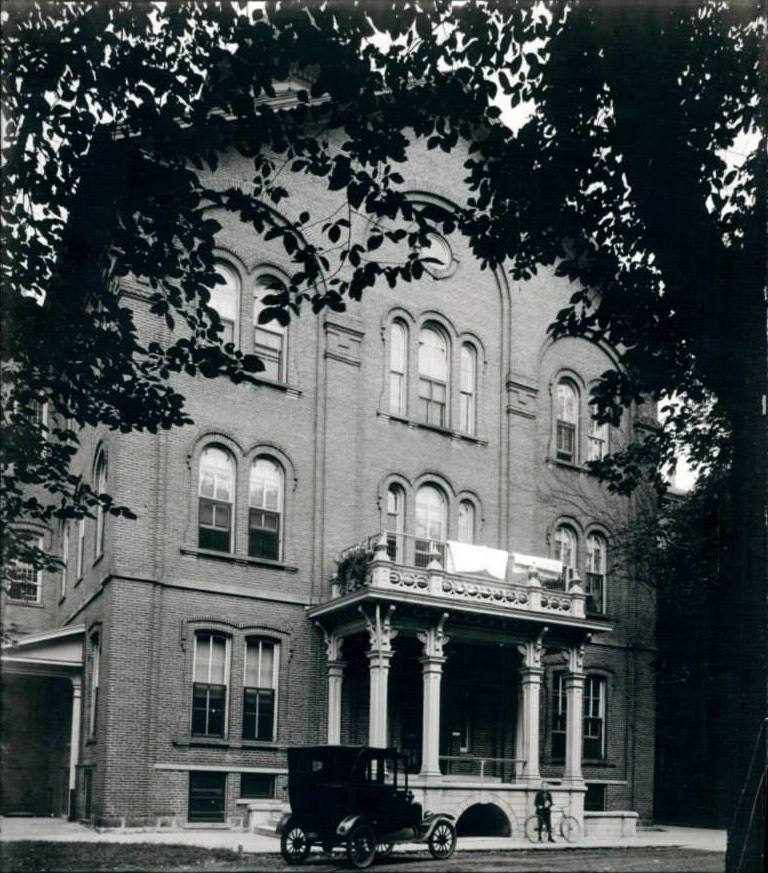 The center and entrance to the building. 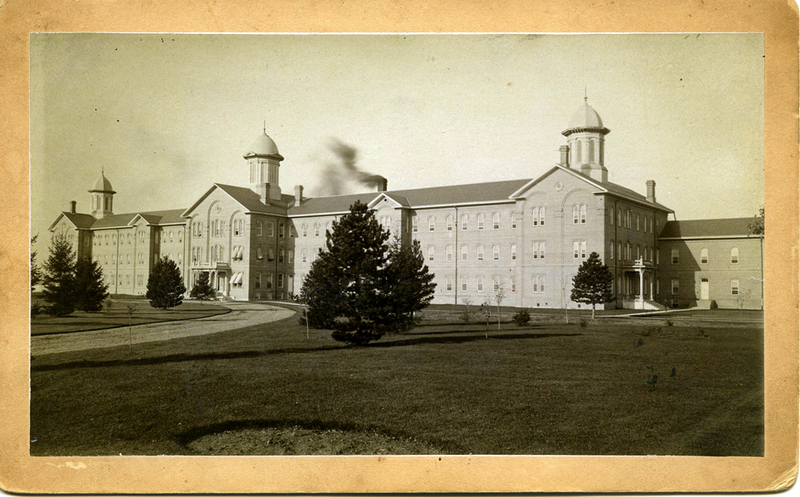 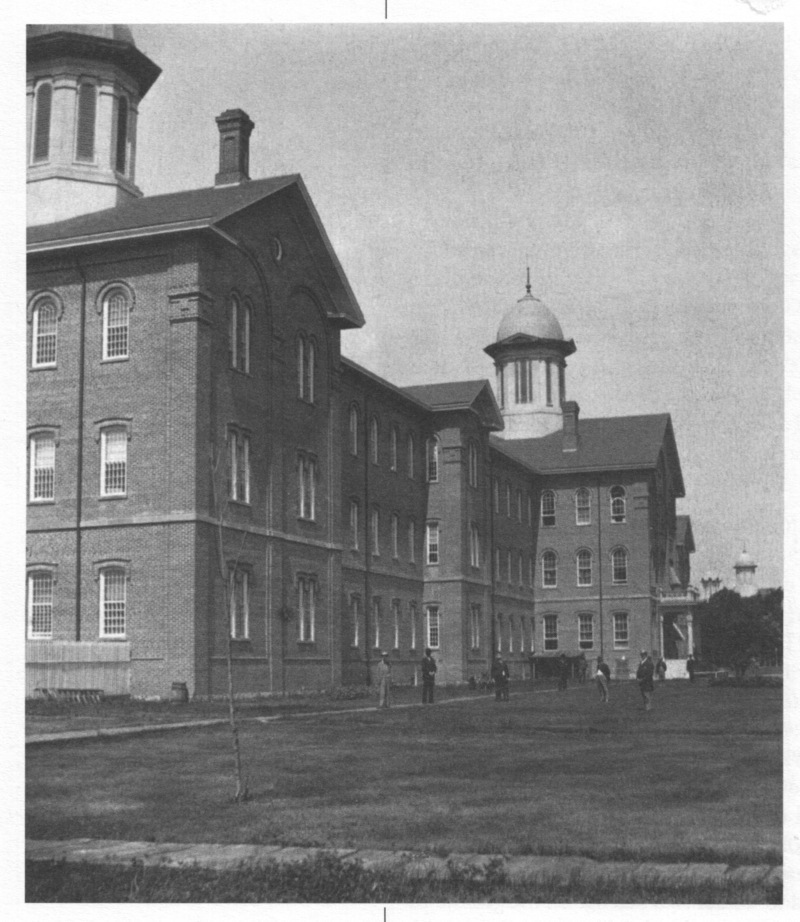 The south section of the front, looking north, with the cupolas of The Female Department visible at center right. 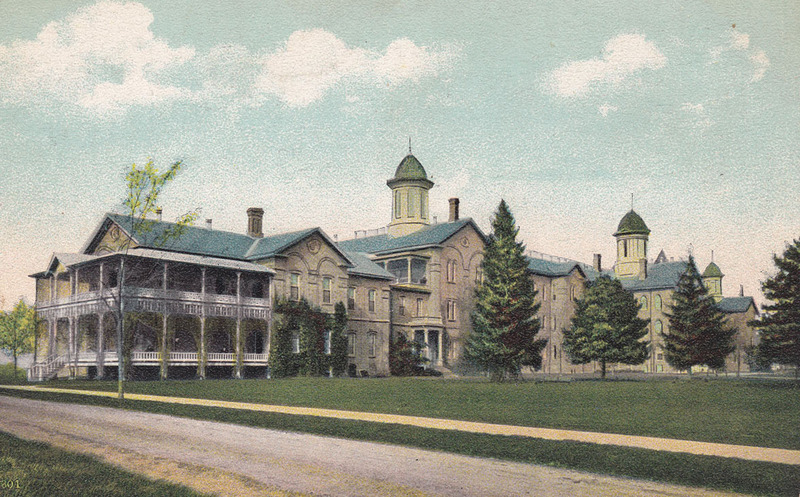 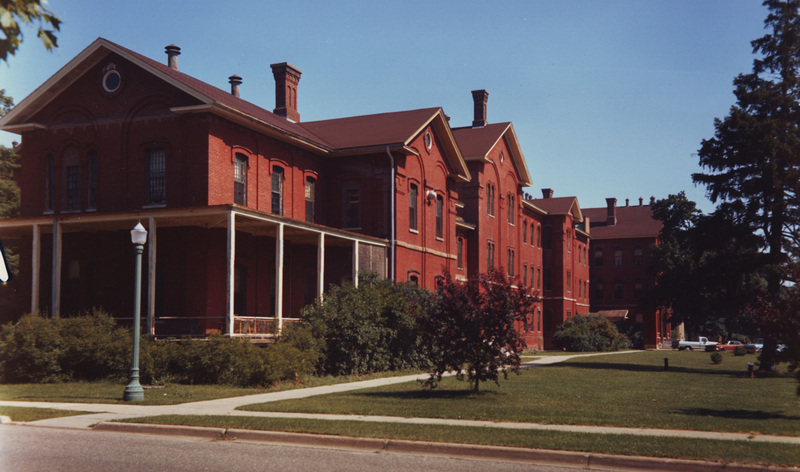 The same corner circa 1975, not long before the building was torn down. (From the Clarence Schrier Collection, courtesy Western Michigan University Archives & Regional History Collections) 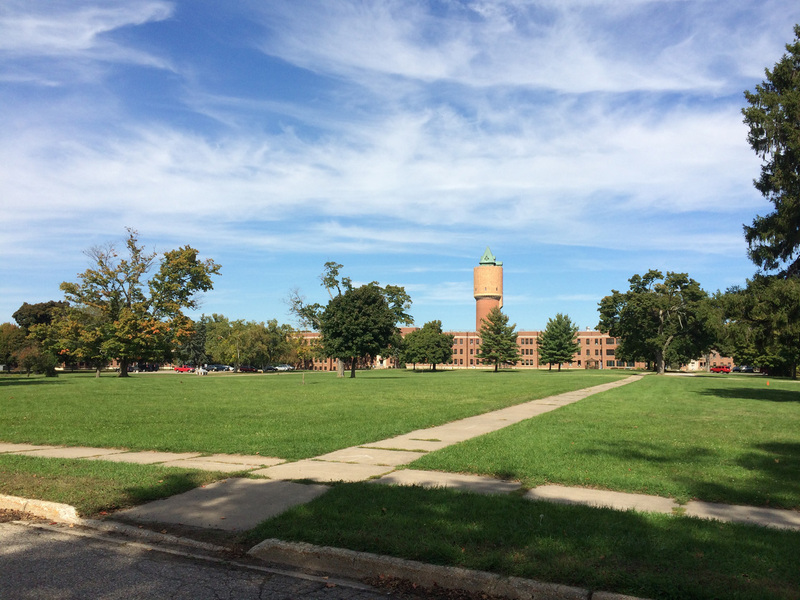 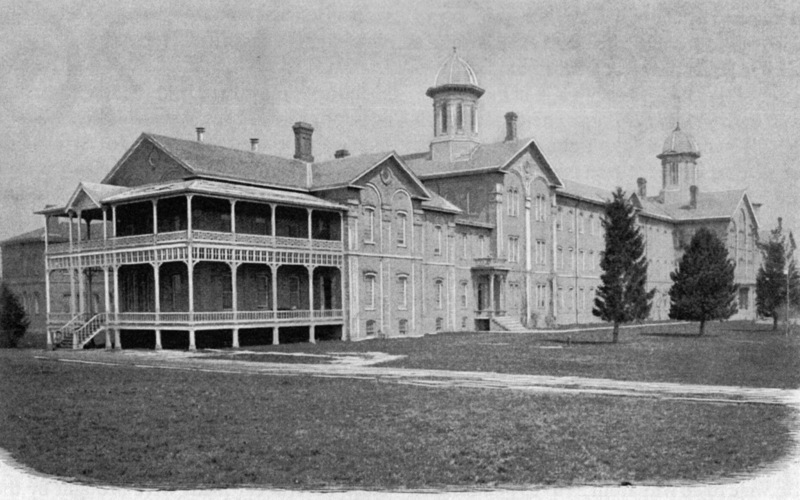 Additional early views of the south corner of the front. 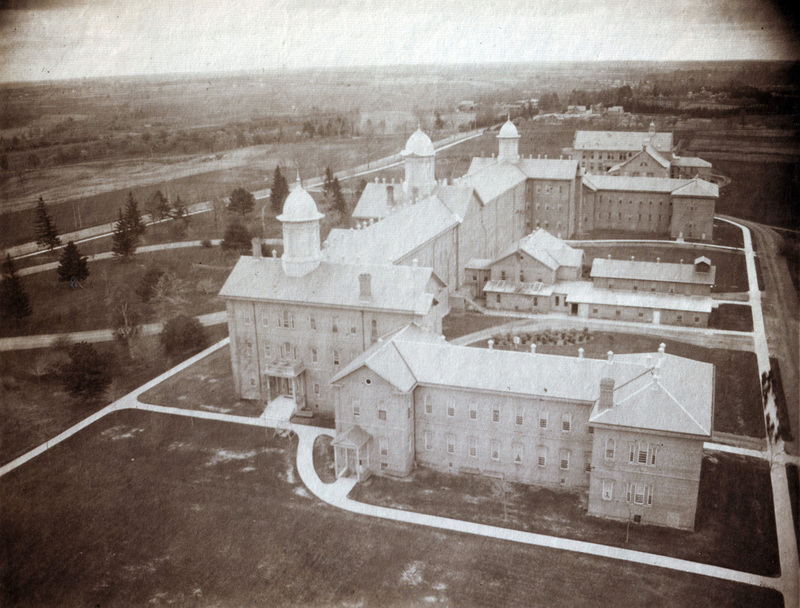 The  north end and back of the building, looking southeast from the water tower, with Fletcher Hospital visible on far end. From "The Siggins Album," circa 1900. (Courtesy of the Local History Room of The Kalamazoo Public Library.) 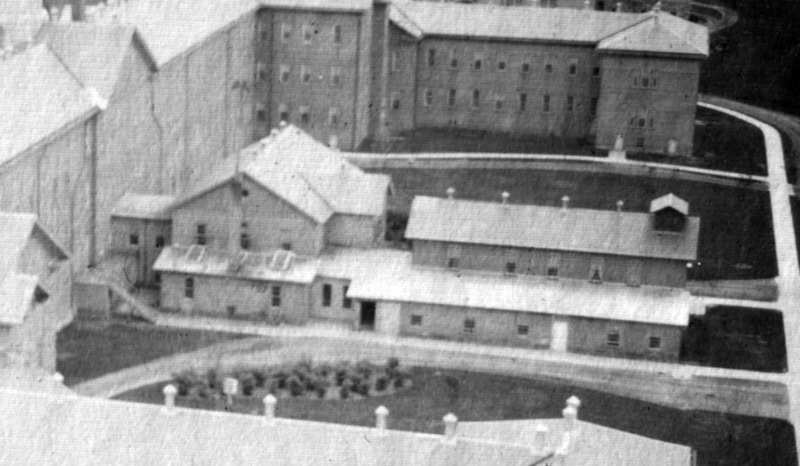 A zoom of the previous photo, showing the rear sections of the structure.

A view of the same area circa 1975, taken from the roof of the Quadrangle Building. (From the Clarence Schrier Collection, courtesy Western Michigan University Archives & Regional History Collections) 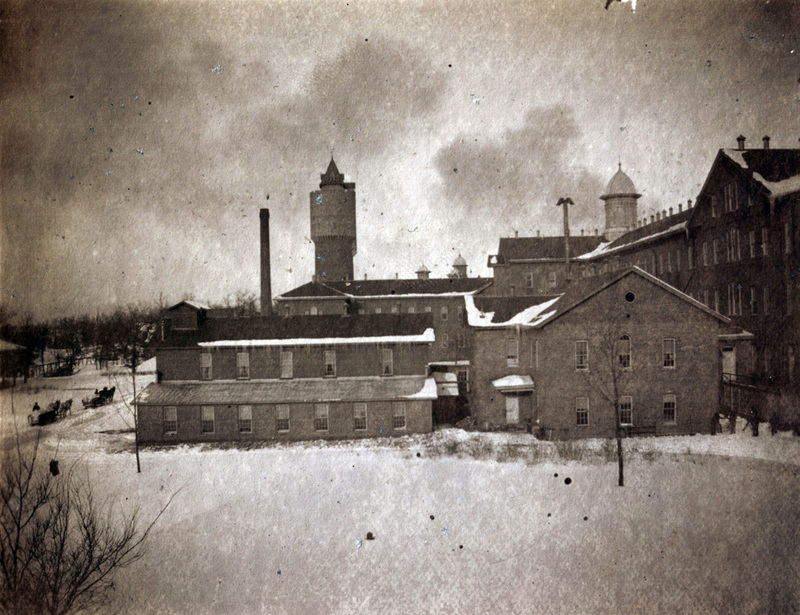 Viewing the back of the building from the other direction (looking north). The photograph was taken from a window at the end of the south wing of the building. (From "The Siggins Album," circa 1900. (Courtesy of the Local History Room of The Kalamazoo Public Library.) 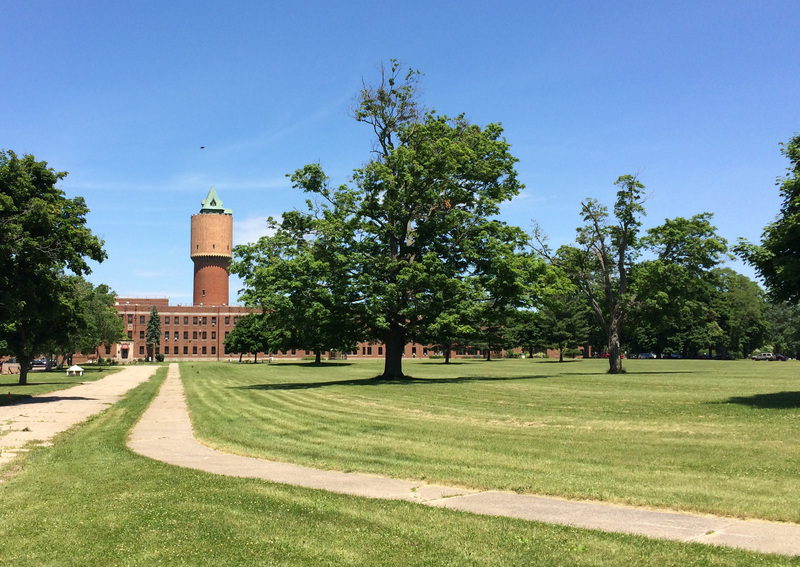 2014: Approximately the same vantage point (though ground level) as the previous photograph.

Another angle on the same general view as the previous photographs. We have backed up to be fully south of the building and turned northeast to look across the top. The corner of Fletcher Hospital is visible on the far right.  (From "Picturesque Kalamazoo," E.E. Labadie; printed by Kalamazoo Publishing Company, 1909) 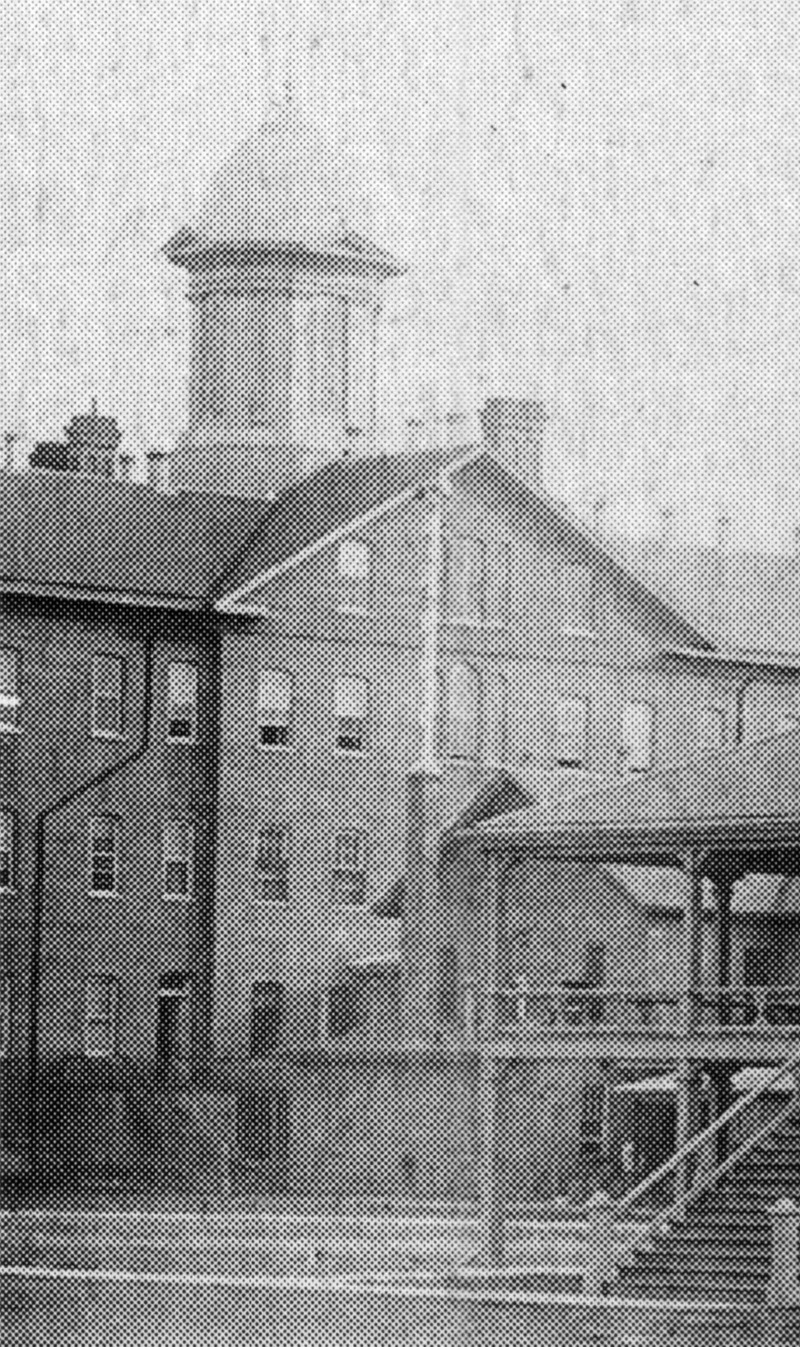 The center of the rear of the building. Part of Burns is in the right foreground. 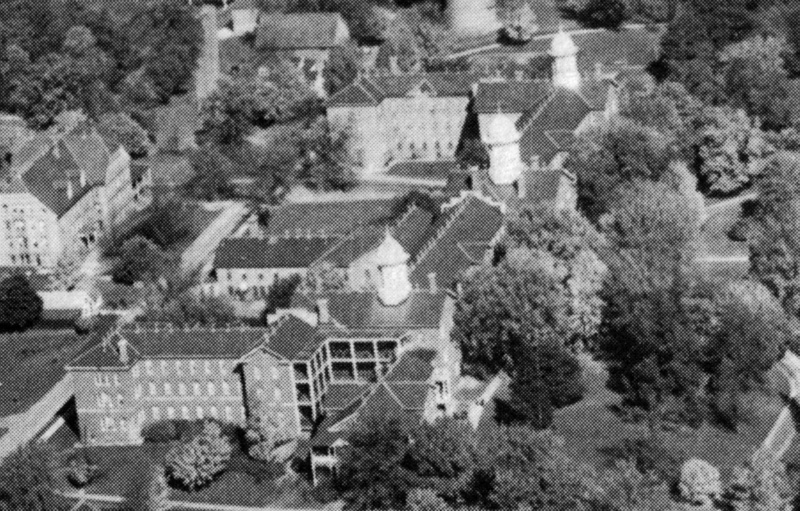 Located just south of the centerline (marked by the water tower), this area included The Male Department, Burns Cottage, and The Clinical Pathology building. (Click on the tags at the end of this post to see all posts including a particular building.) 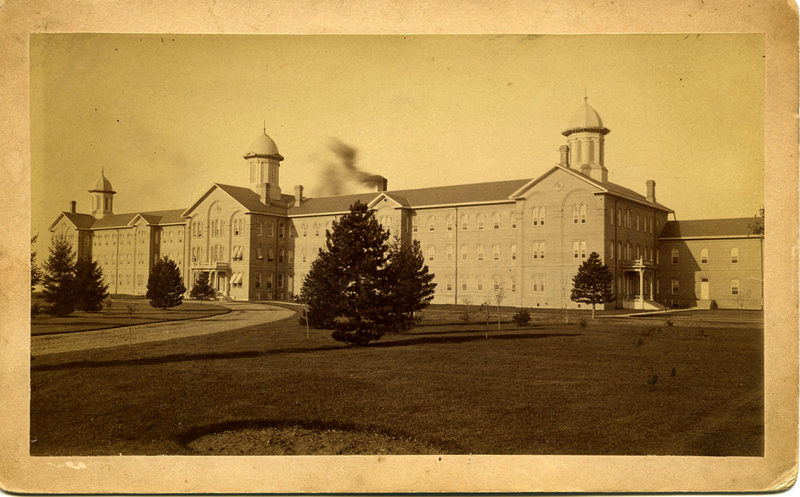 Unlike the area behind the Female Department, where most of the asylum’s service buildings were constructed, from 1860 through 1948, there were only Burns Cottage and Clinical Pathology behind the Male Department. (Much earlier, there had been a barn and the first ice house.) 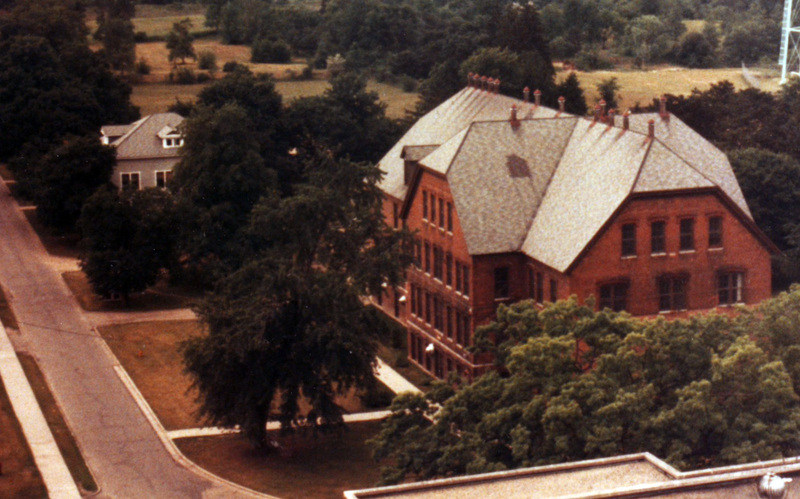 Circa 1975: Burns Cottage in the foreground and the Clinical Pathology Building in the background. The Male Department is to the left and not visible in the photo. (Courtesy Western Michigan University Archives & Regional History Collections) 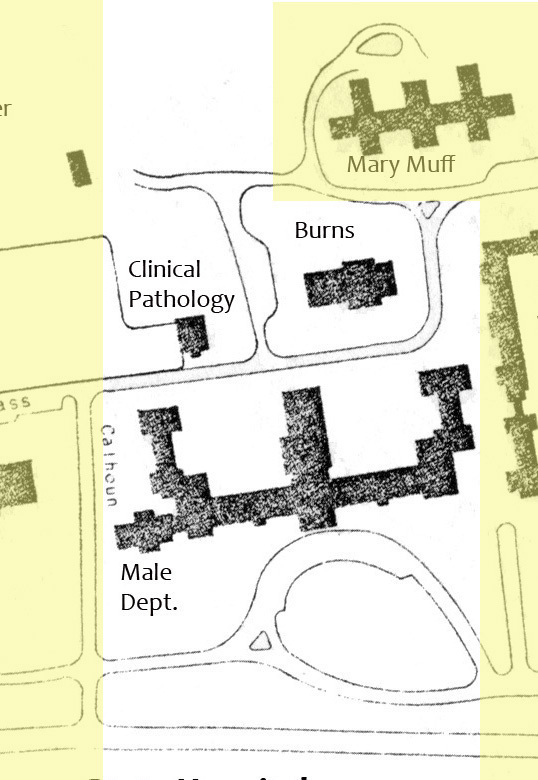 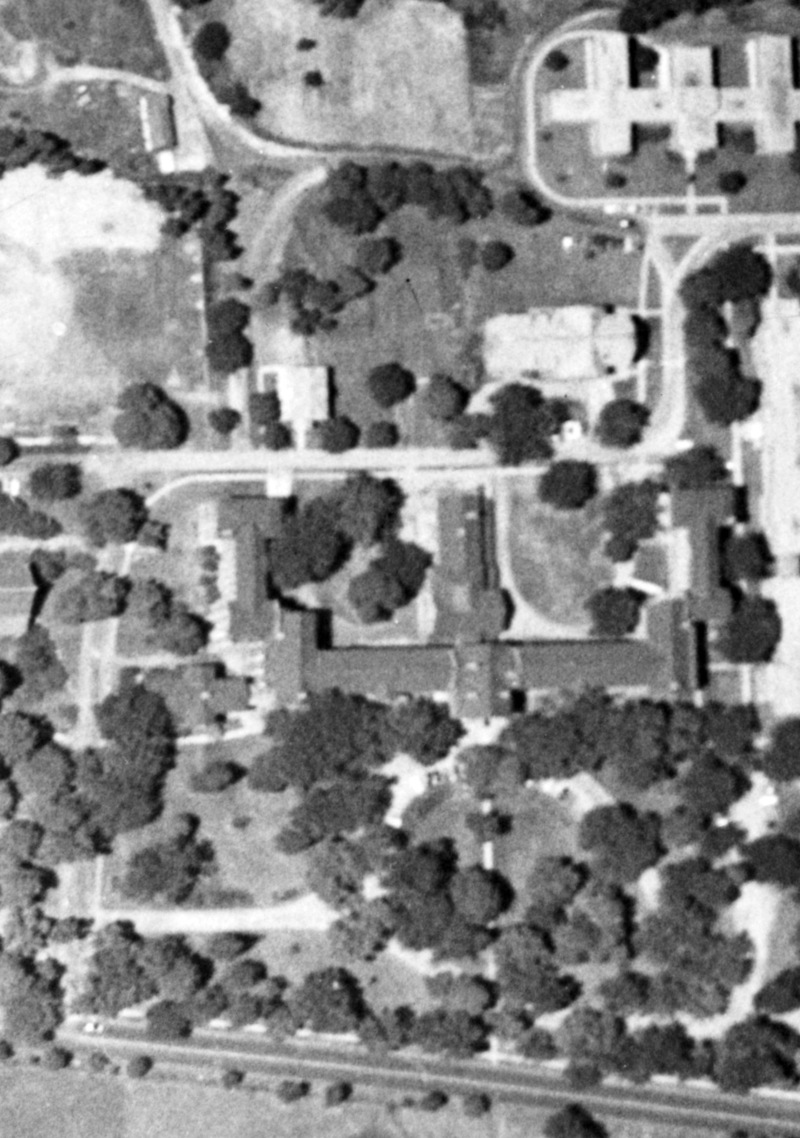 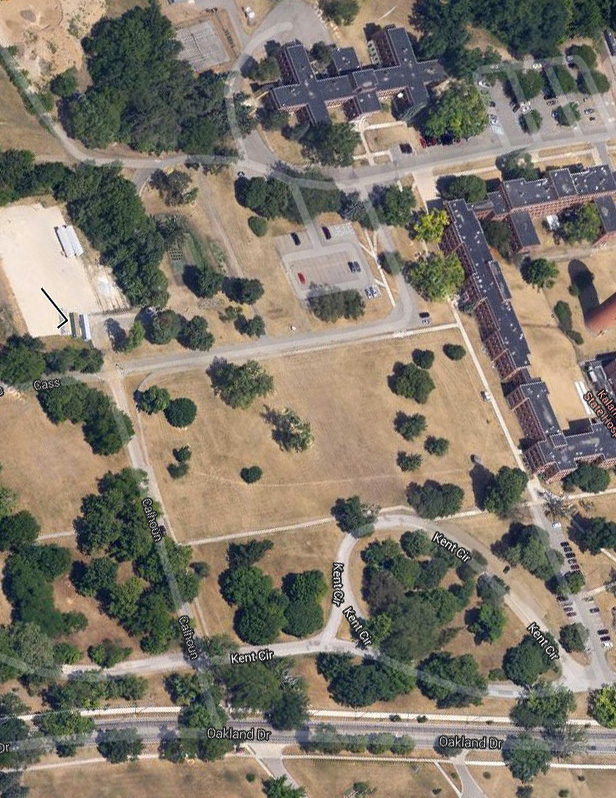