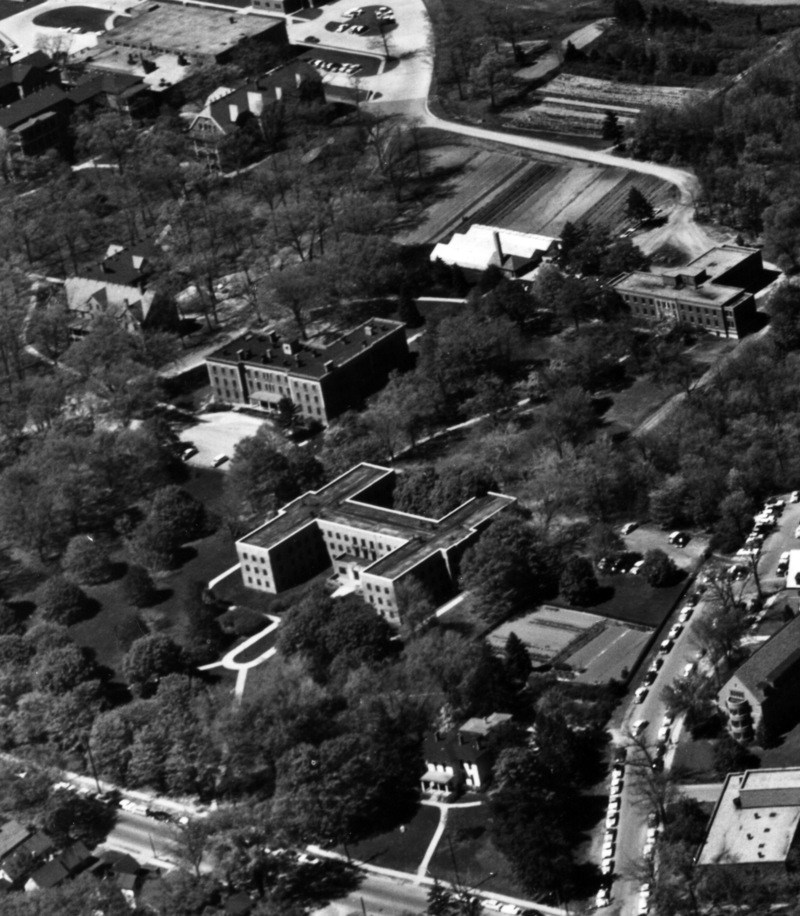 1959, looking southwest from the intersection of Oakland Drive and Oliver Street: There were six major structures north of the Female Department, which is in the upper left corner of this photograph. Immediately next to the Female Department is Monroe Cottage. At 10 o'clock is Potter Cottage. At the center is Van Deusen Hospital. Below that is the H-shaped Linda Richards Nursing Hospital (still standing). Toward the lower right corner, at the intersection of Oakland and Oliver, is Montague House (still standing). On the upper right side is the Herman Ostrander Building. (Courtesy Western Michigan University Archives & Regional History Collections) 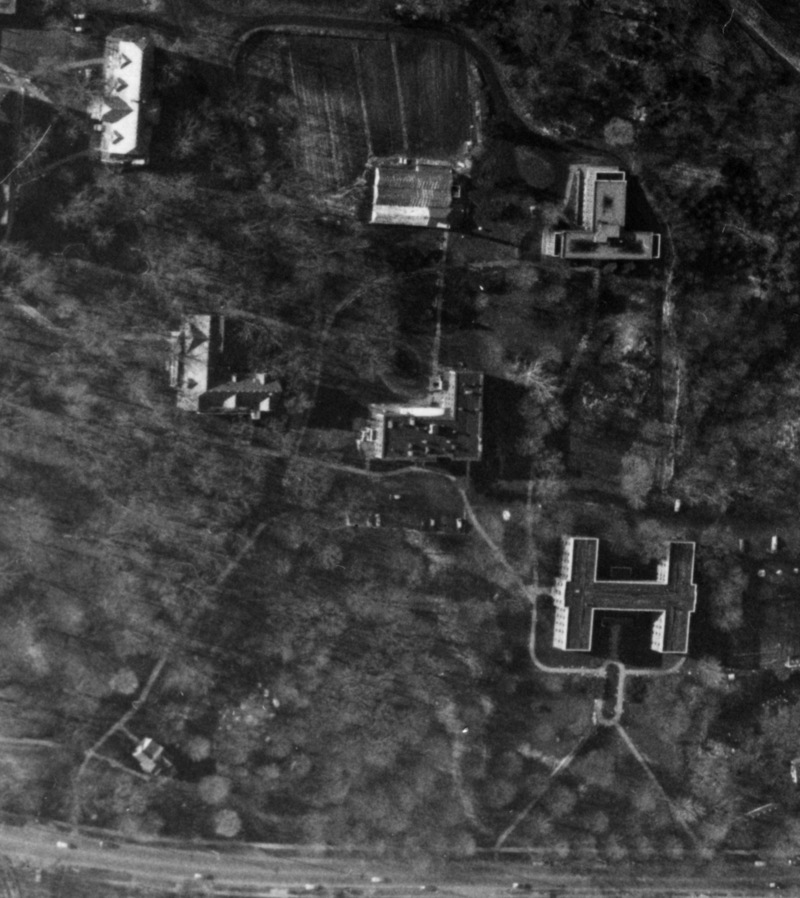 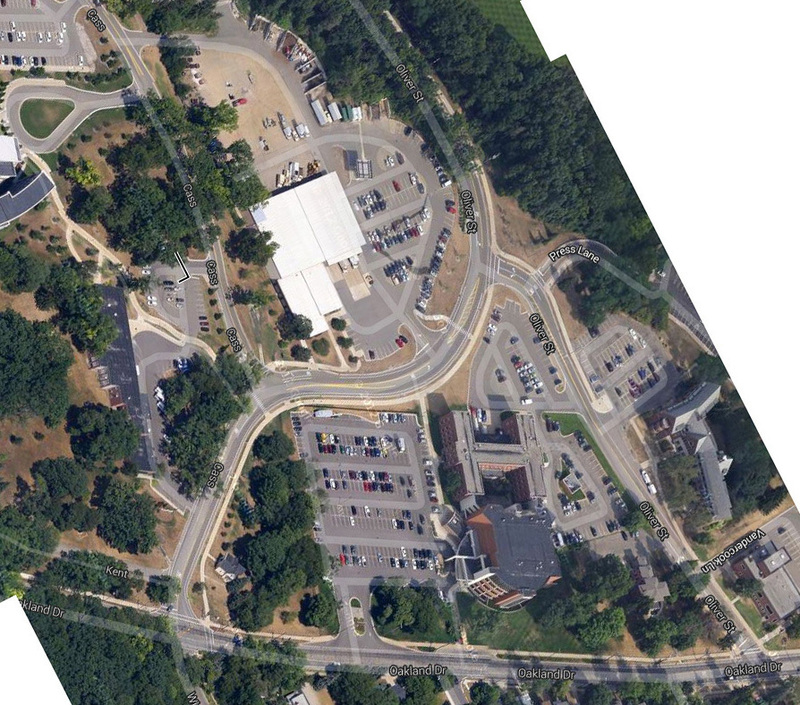 2012 satellite view, looking northwest, turned to match the orientation of the two photos above. To compare with other photographs, use the H-shaped Linda Richards Nursing Hospital. I place Monroe cottage in the area directly to right of the WMU College of Health and Human Services building, partially visible on the left (in the green patch/oval driveway area). Long story short, it's all parking lots and roads now. 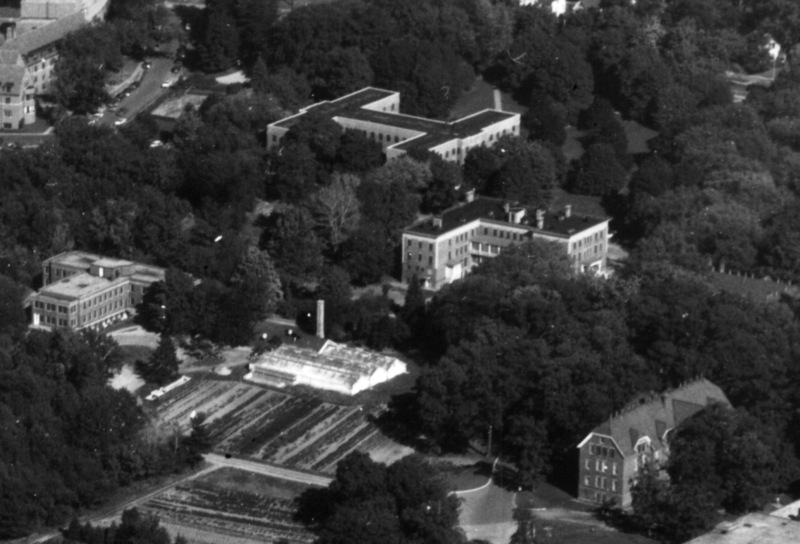 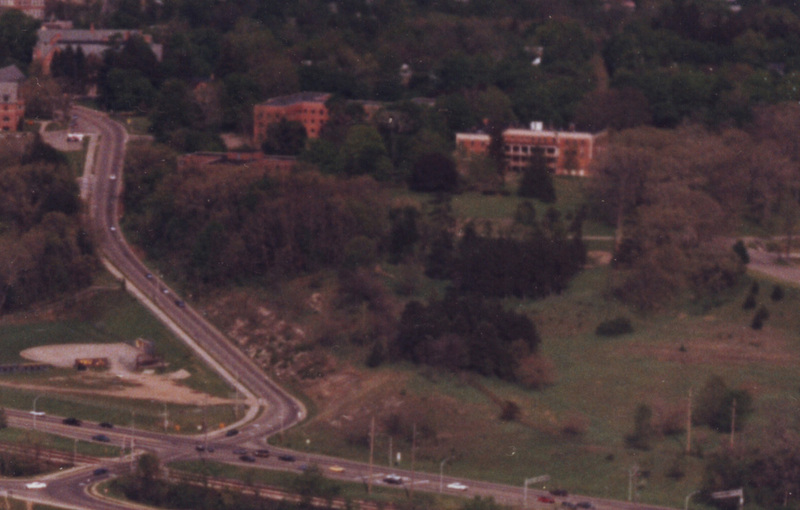 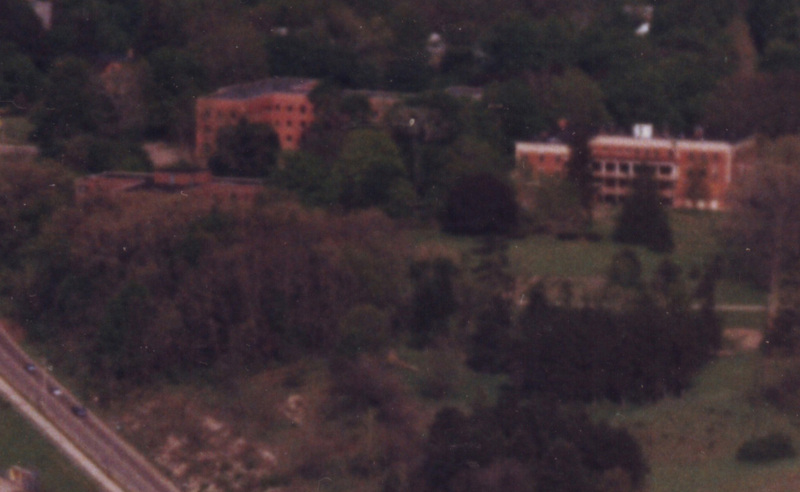 1984: The back of the north end, looking east. This photo shows the relationship of the three largest buildings to the intersection of Stadium Drive and Oliver Street. In the zoomed photo, the Herman Ostrander Building is almost completely hidden by trees halfway up the left side, with half of Linda Richards Nursing Hospital directly above it. The red brick and white back of Van Deusen Hospital is at the left. (Courtesy Western Michigan University Archives & Regional History Collections) 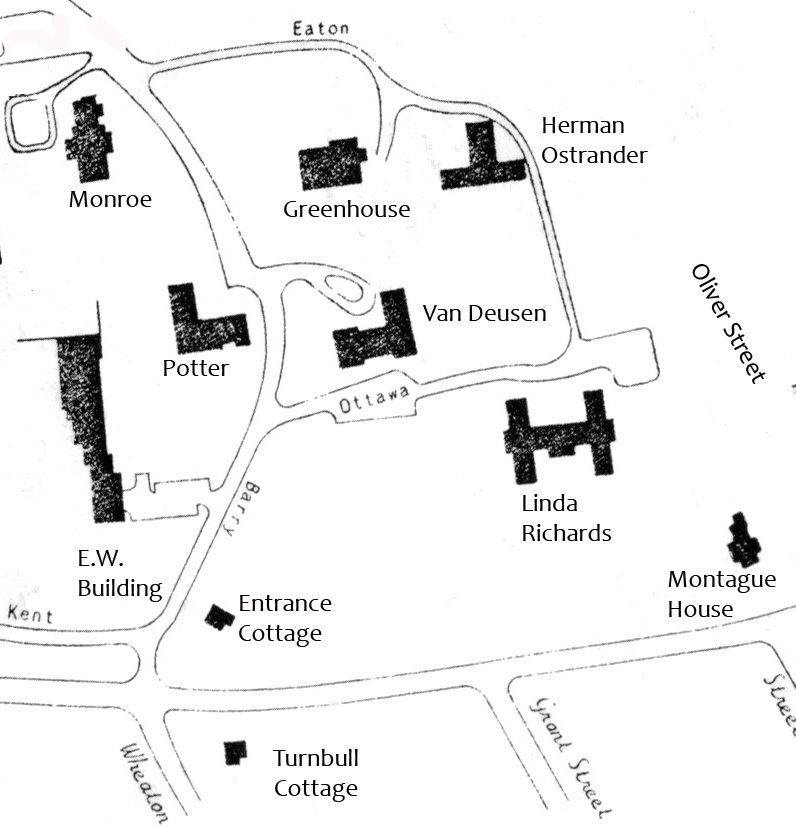 View photos of the buildings: