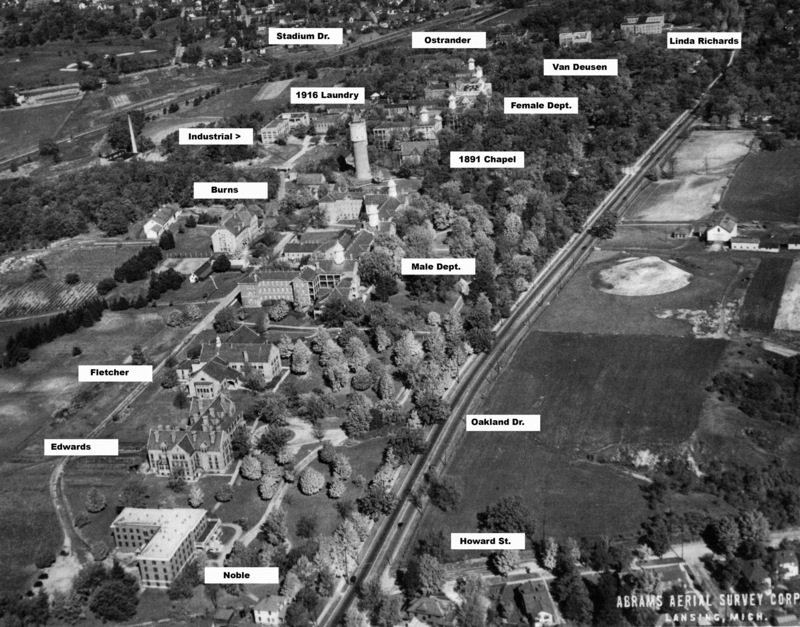 Aerial view looking north, taken after 1931 (when Linda Richards Hospital was built) but before 1940 (when the Administration Building was constructed on the Oakland Drive side of the water tower).

Below, the same photo is sliced into four closer views, sequenced north to south. 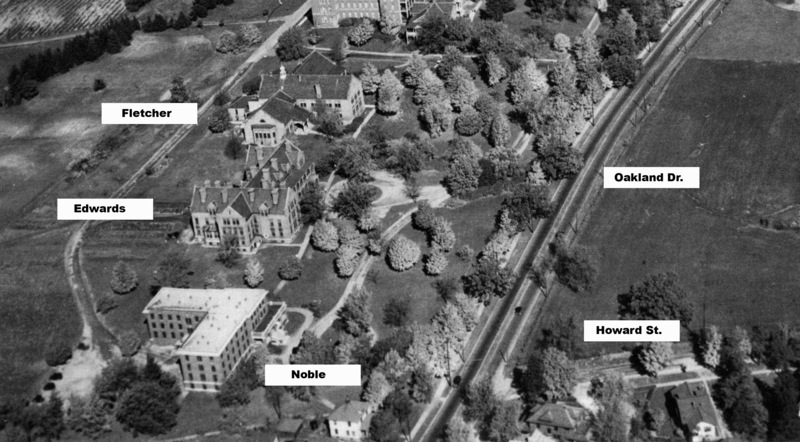 Below, an earlier aerial photo (after 1919) from roughly the same perspective. Hard to tell what buildings are present on the north end, given the small size of the file. Stadium Drive is considerably less developed than in the previous photo. 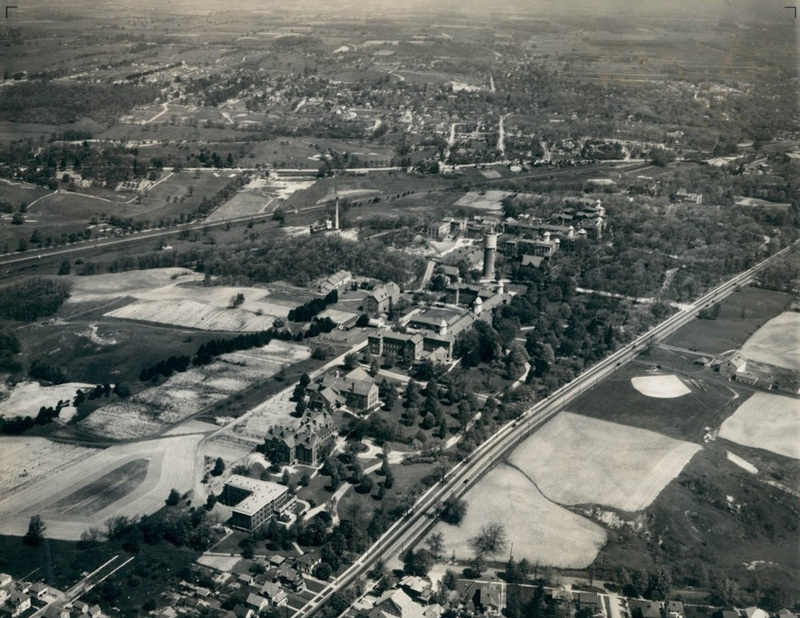 Below, a painfully small 1952 view of the whole complex viewed from the west side, looking east.

Below, looking northeast between 1969-1975. Clockwise from left: The 1916 laundry, sandwiched between two newer structures; 1965 chapel; administration/quadrangle/water tower; northern end of the Male Department; Burns Cottage; and Mary Muff Hospital at the bottom. The empty patch of lawn at the center of the left side of the photo is the location of the the Female Department, torn down in 1968. 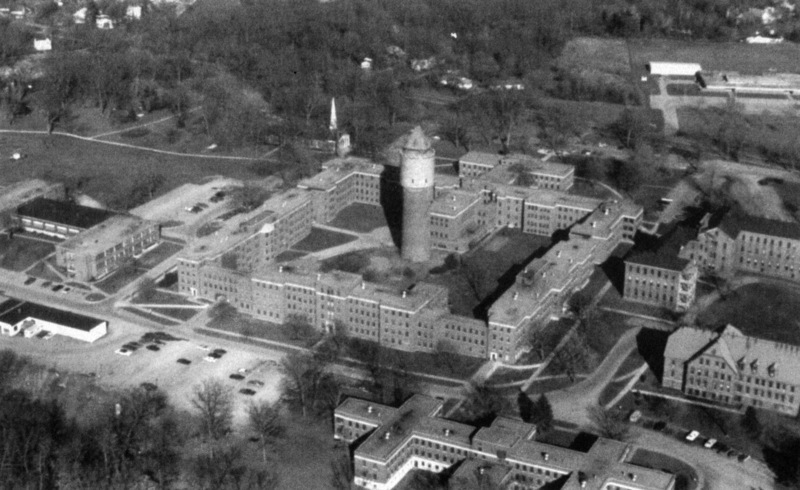 Below, a reversal of the previous image's perspective, looking southwest from the water tower, across the top of Mary Muff Hospital (1940). Stadium Drive is undeveloped (WMU occupies the hillside at the top now). The intersection of Stadium and what would become the Howard Street extension is visible in the upper left, just below the curve in Stadium. Howard Street did not extend from Oakland Drive to Stadium Drive until the early 1960s. At that point, Howard became the southern border of the hospital grounds. 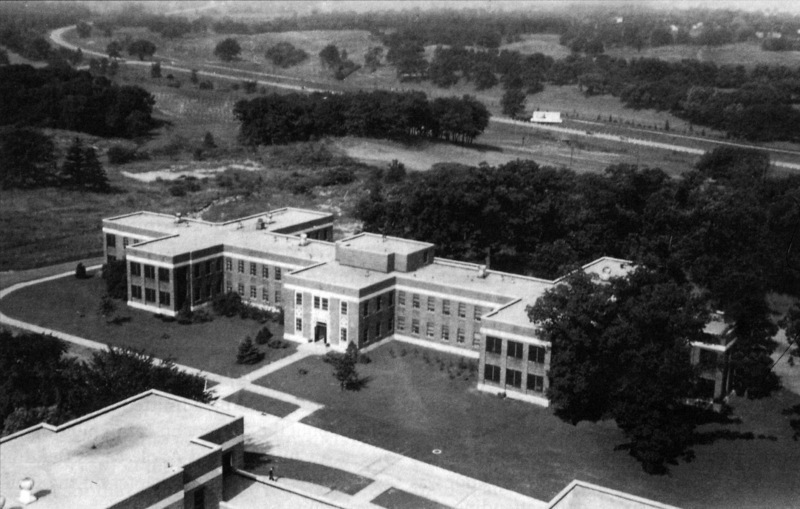 Below, a 2012 aerial photo that pulls back further on the previous shot's perspective, looking south and slightly west. The 1965 chapel steeple is visible at the bottom, Mary Muff Hospital to the right. The green area filling the upper left quarter is the site of the Male Department, looping front driveway still present. 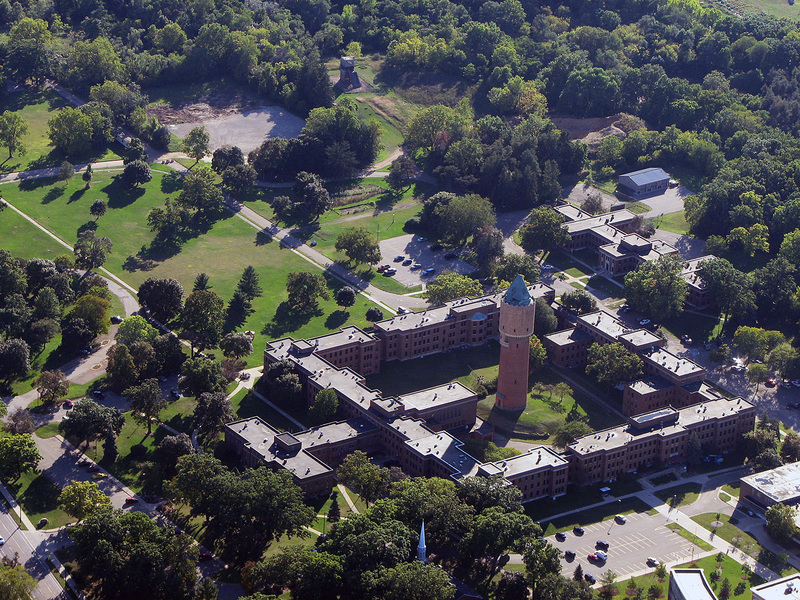