The earliest of the major structures to be torn down was the 1891 chapel, which stood in the way of completing the northeast corner of the Quadrangle structure, which now surrounds the water tower. The 1965 chapel was built a little further northeast of the original location. 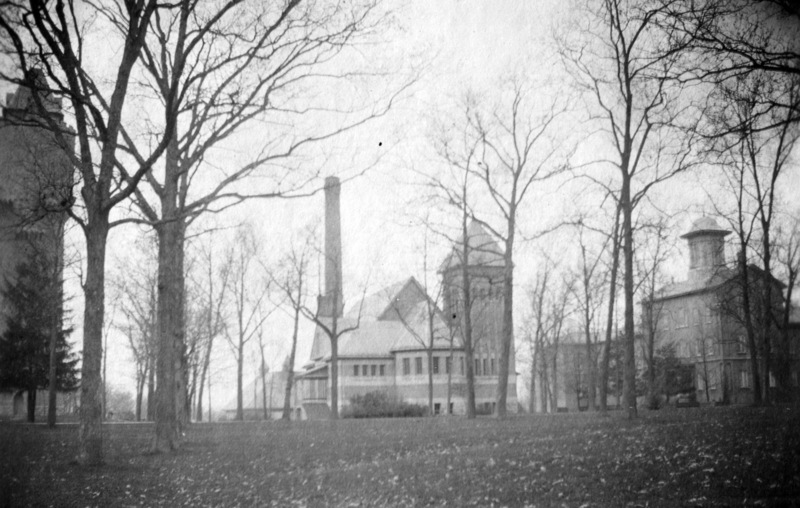 The view from Oakland Drive (looking west): The water tower, the 1891 chapel (with power plant behind it), and south end of the Male Department.(Scanned from "The Siggins Album," courtesy of the Local History Room of The Kalamazoo Public Library.) 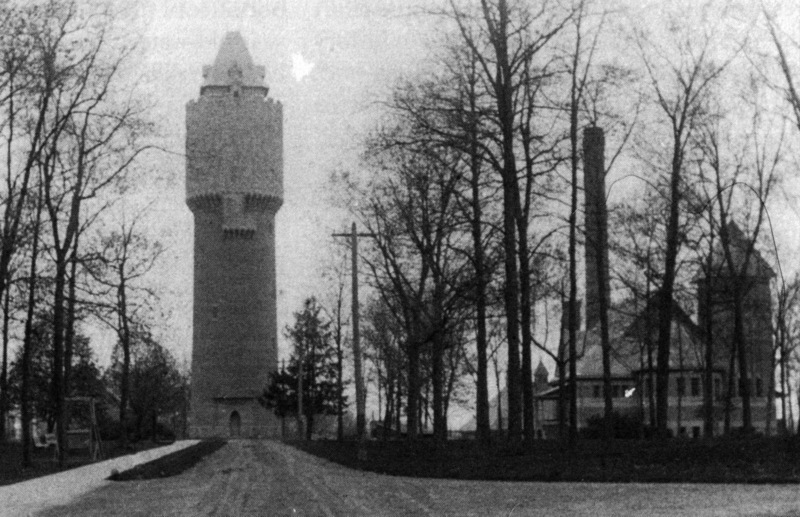 Again looking west from Oakland Drive, the water tower and the 1891 chapel. 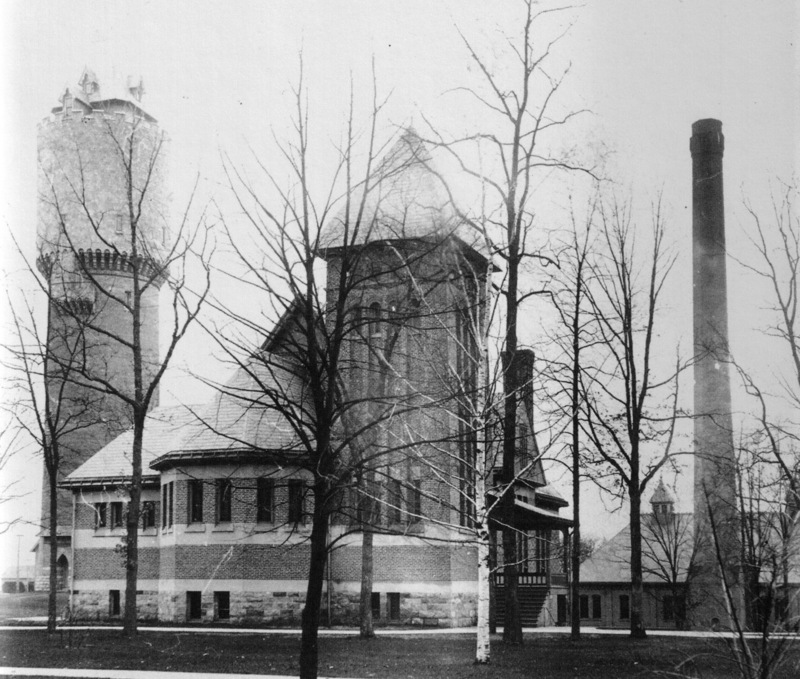 Looking west/southwest: the water tower, the 1891 chapel, and the power plant. (Scanned from "Images of America: Kalamazoo, Michigan" (Arcadia Pub., 2002)) 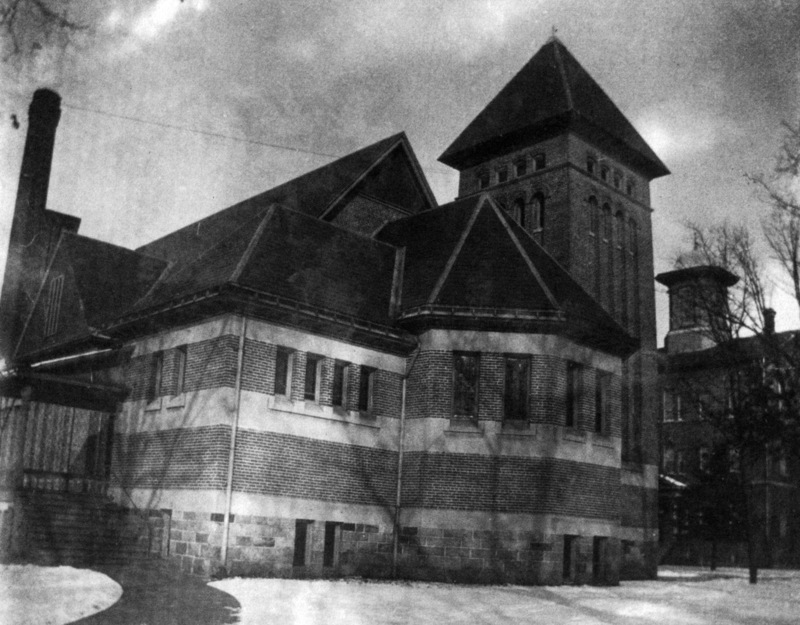 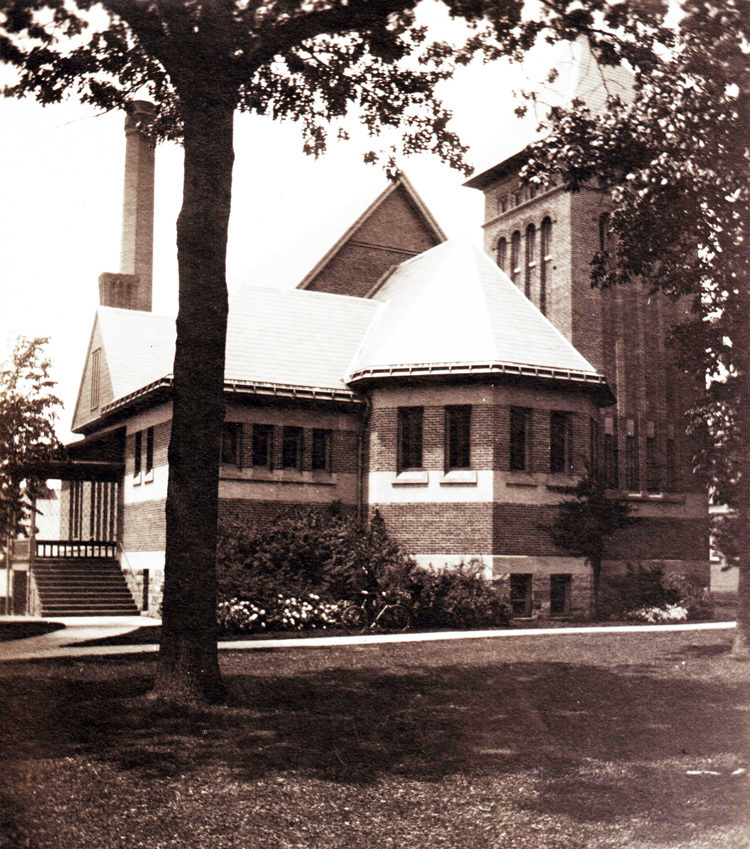 The front of the 1891 chapel, looking northwest. The Female Department is visible to the right in the first photo.

(Second photo scanned from "The Siggins Album," courtesy of the Local History Room of The Kalamazoo Public Library.) 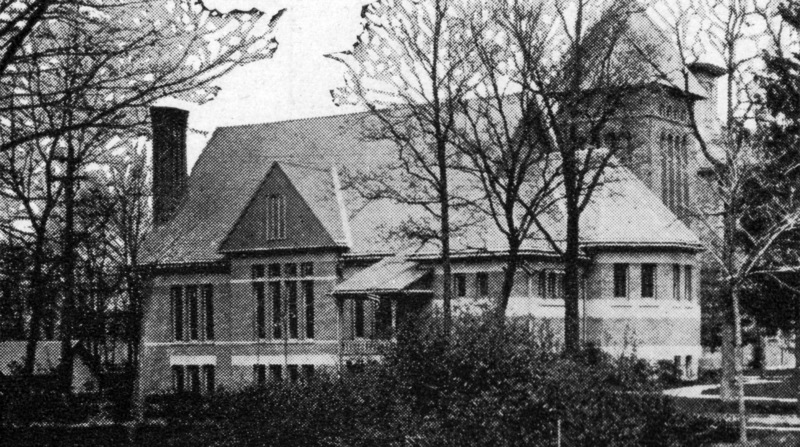 The south side of the 1891 chapel. (Scanned from "Picturesque Kalamazoo" (E.E. Labadie; printed by Kalamazoo Publishing Company, 1909)) 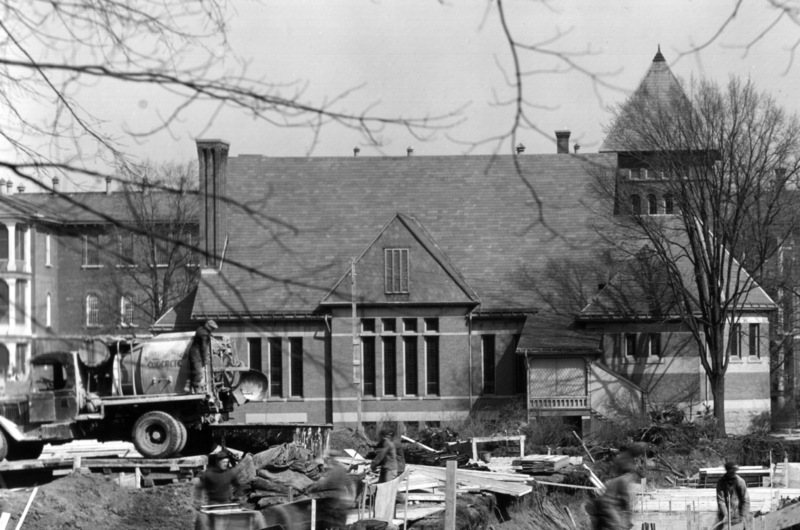 The south side in 1939, during the initial construction of the Administration and Quadrangle Building. (Courtesy Western Michigan University Archives & Regional History Collections)

The 1891 chapel was in the way of the completion of the quadrangle complex, as shown in this detail from a 1940 planning map. It was torn down in 1950. 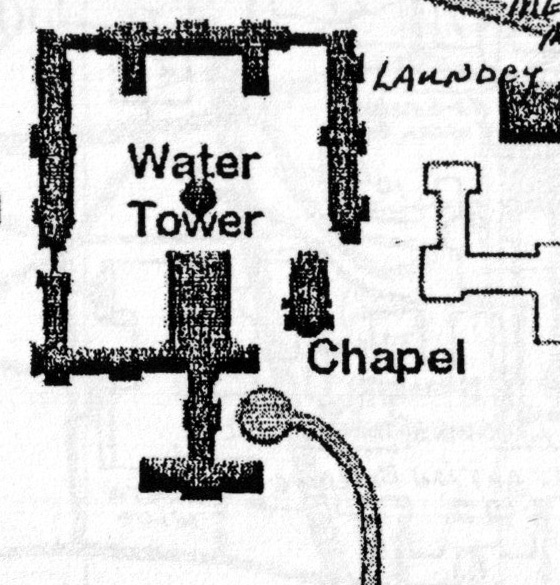 The next map detail shows the relative position of the 1965 chapel. (The Female Department is directly to the right, and note that the 1916 laundry in the earlier map has been incorporated into the O.T./auditorium structure in the later map. 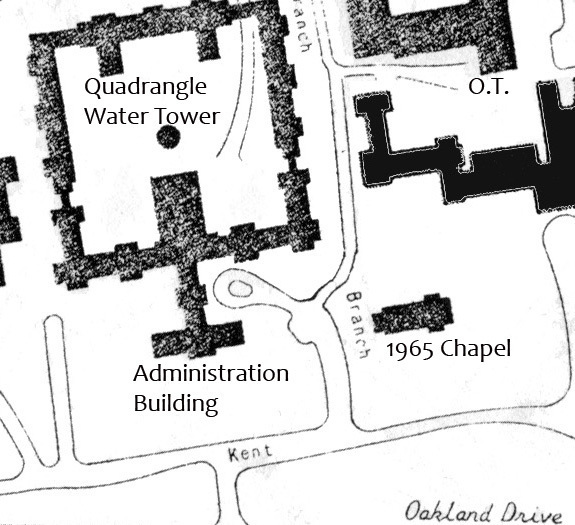 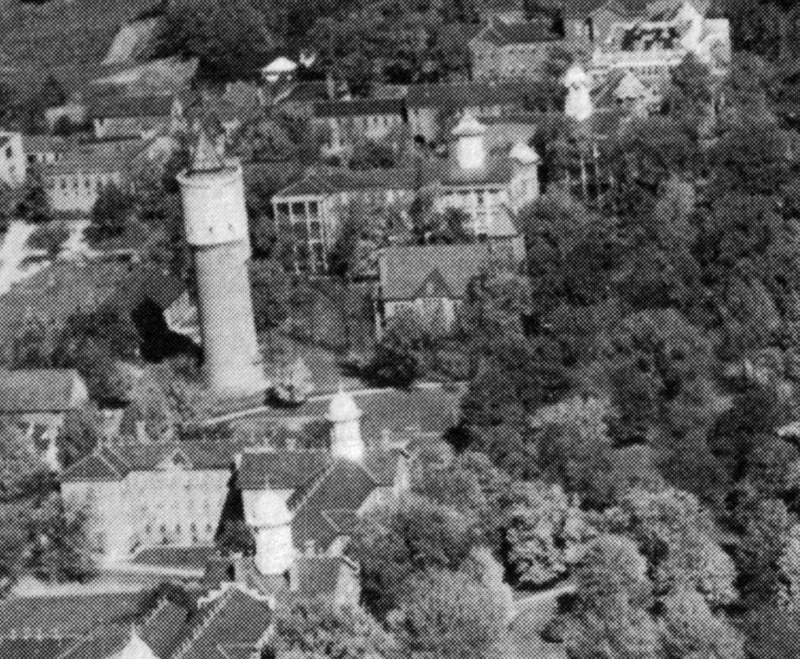 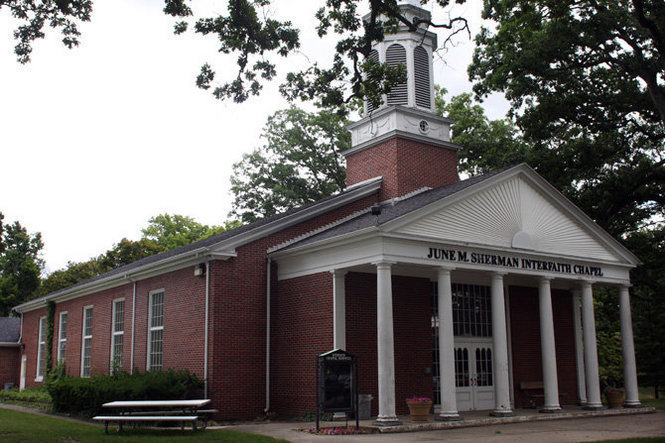